Digital odour detection and synthesis in the offing

Researchers use quantum biology techniques to gain insights into the molecular behaviour of the odour molecules. 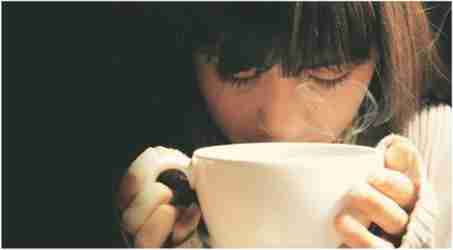 How do we detect odours? The traditional biological explanation is that an odour molecule latches with a matching receptor in the inner-nose cells (like a key into a lock); the process triggers molecular events in the cell, stimulating nasal neurons. Finally, the signals from the neurons reach the brain, where they are interpreted. An unorthodox theory is that molecules give off odour depending on how the atoms in the molecules vibrate and how their mass is distributed.

There is a huge demand for odour sensors to detect drugs, food chemicals, and in security and defence sectors. However, the physics of smell is not very well understood, and currently, we often rely on sniffer dogs for odour detection. Scientists need to know the physical processes that happen at the molecular level that cause odour in molecules in order to make better odour sensors. Hence, understanding the physical processes of smell and representing them mathematically is an active research area. Another opportunity that this understanding could enable is the artificial synthesis of molecules with desired odour properties, very similar to the synthesis of drug molecules with targeted therapeutic properties.

A team of researchers from the Department of Electrical Engineering at the Indian Institute of Technology Bombay (IIT Bombay) led by Prof Swaroop Ganguly have inched closer to interpreting the physics of smell. The researchers used quantum biology techniques to gain insights into the molecular behaviour of the odour molecules. Quantum biology is a newly emerging field that facilitates scientists to study subatomic processes in biological phenomena such as smell (like how the atoms vibrate in odour molecules), where macroscopic physical theories fail to explain the processes. The results of their experiments are published in Scientific Reports.

The widely accepted theory of olfaction is the shape theory, which says that the odour molecules are like keys that fit into the lock-like patterns of receptor molecules in cells, triggering the molecular sequences. “However, in 1996, Turin et al. proposed that the sense of smell depends on how the atoms in the odour molecules vibrate, and there is some experimental evidence to show that vibrational energy plays a role in the sense of smell,” says Prof Ganguly. In this theory, it is the vibrational energies of its molecules that imbue odour to the substance. The current study tries to map the shape theory and the vibration theory to each other and find their relationship.

The team considered 20 molecules belonging to six odour categories - musk, roasted coffee, fruity, garlicky, aromatic compounds (benzene) and mothball. They classified the molecules in two ways: i) based on the perception of smell reported by expert human subjects (for example, say a ‘fruity’ or ‘garlicky’ smell); ii) based on the vibrations of the molecules.

The first challenge for the team was to represent the shape of the molecule mathematically to decipher the subtle aspects that cause odour. For this, they employed a technique called Chemical Graph Theory. The chemical graph representation, in this case, is a network of points (which correspond to the atoms in the molecule) connected by lines (corresponding to the chemical bonds between the atoms). The same network may be viewed as a ball and spring network system in a mechanical setup. Chemical bonds hold each atom by a spring-like force. Each spring has its vibrational frequency of oscillation, and together these oscillations generate the vibrational energy of the molecule. Using this graphical representation, the team described the relation between the shape and vibrational energies of a molecule, thereby unifying the shape and vibration theories of odour.

“The vibrational characteristics of odour molecules is a spectrum (a range of energies for different modes of vibration). It depends on the number of atoms in the molecule and how they are bonded to their neighbouring atoms (the push-pull of the spring-like forces). The complexity increases for two- and three-dimensional representations,” explains Ms Nidhi Pandey, first author of the study. We have derived a new way to represent the vibrational spectrum that takes into account not just the vibrational energy but also the mode type, she adds. A mode is the dynamical pattern of atomic vibrations in a molecule, such as a change in the length of the chemical bond (stretching); change in angle between bonds (bending); change in angle between a group of atoms (rocking); and change in planar angle between a group of atoms and the rest of the molecule (wagging).

Next, the researchers used standard machine learning algorithms to group all molecules that have similar vibrational spectra, using a mathematical measure of ‘similarity’. They then compared this classification with the groupings based on the perception of a smell. “We wanted to compare based on how they were vibrating (mode of vibration) rather than a simple comparison of vibration energies, to bring more physics insight into the machine learning exercise,” says Prof Ganguly.

This study thus brings to light the possibility of correctly identifying an odour using mathematical means and opens exciting avenues for digitizing odour - just like audio and video signals that are routinely sensed, stored, transmitted and reproduced today.