By mapping all the protein interactions of a dementia-linked protein in the brain called Tau, researchers create a road map for identifying new treatments 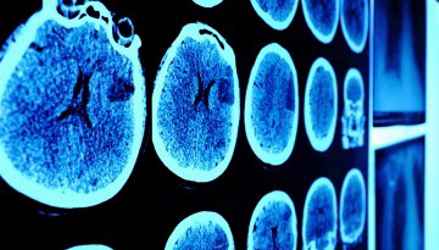 By mapping all the protein interactions of a dementia-linked protein in the brain called Tau, a team of Weill Cornell Medicine investigators has created a road map for identifying potential new treatment targets for Alzheimer’s disease and related dementia.

To help solve this mystery, senior author Li Gan, director of the Helen and Robert Appel Alzheimer’s Disease Research Institute, and her colleagues created a comprehensive atlas, called Tau interactome, that maps all the Tau protein’s interactions with other proteins in human neurons grown in the laboratory.

The results, published Jan. 20 in the journal Cell, reveal that mutations that diminish the interactions between Tau and mitochondrial proteins may hamper energy production in the brain, the most energy-intensive organ in the body. Additionally, they found that Tau interacts with proteins in the synaptic sites that send electric signals to other neurons, which may provide clues on how toxic Tau protein spreads in brains with Tau pathology.

“Tau is at the center of neurodegeneration, and understanding how it causes toxicity and cognitive decline has the potential to lead to new therapies to treat dementia,” said Gan, who is also the Burton P. and Judith B. Resnick Distinguished Professor in Neurodegenerative Diseases in the Feil Family Brain and Mind Research Institute at Weill Cornell Medicine.

In normal and diseased neurons, Tau protein forms physical interactions with specific proteins to participate in diverse neuronal functions. To develop an atlas that maps the interactions modified by disease-causing mutations and neuronal activity, Gan and her colleagues grew human neurons from induced pluripotent stem cells that carry normal Tau gene or Tau gene with mutations that cause frontotemporal dementia. They used a technique called quantitative affinity purification mass spectrometry, which enables the study of protein interactions, to compare how normal and disease-causing mutants of Tau behave. To capture how neuronal activity alters the Tau interactome, they used a cutting-edge technology called engineered ascorbic acid peroxidase to label proteins in close proximity to Tau within milliseconds.

“The combination of two highly quantitative proteomic technologies has allowed us to establish Tau interactions with unprecedented spatial and time resolution in human neurons,” said Gan, who is a co-founder with equity and consultant for Aeton Therapeutics, Inc.

Unexpectedly, the team discovered that Tau interacts with proteins that are released into the synapses that send signals to neighboring neurons. This may allow disease-causing versions of Tau to spread from one region of the brain to another and help explain the phenomena that neurons fire together often die together, Gan said.

Another surprise finding is that they found Tau proteins have strong interactions with many proteins in the energy-producing mitochondria of neurons.

When they analyzed patient data from the Accelerating Medicines Partnership – Alzheimer’s Disease, Gan and her team found that patients with Alzheimer’s disease had lower levels of Tau-interacting proteins, including mitochondria proteins. Patients with the most severe disease had the lowest levels of Tau-interacting proteins, suggesting that the discovery they made in neurons is relevant to human patients.

Gan and her team will next investigate if strategies elevating the mitochondria Tau interactions could enhance energy metabolism to counteract the effects of disease-causing Tau protein. They are also studying which cellular processes allow toxic versions of Tau to spread throughout the brain via the synapses to see if they can be stopped. Gan also thinks her team’s research may help scientists develop novel biomarkers to detect the early signs of mitochondrial dysfunction, allowing clinicians to intervene earlier in the course disease.