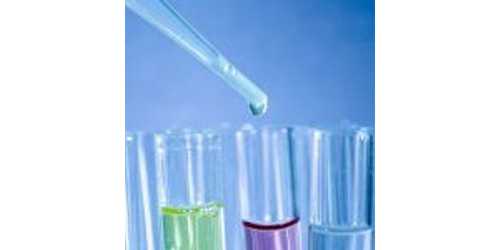 Researchers at the University of Illinois Chicago are looking at the possibility that gastroenterological changes could be an early warning sign for Lou Gehrig’s disease. Their research in animal models also shows a promising treatment to slow the disease’s progression.

Jun Sun, professor of gastroenterology and hepatology in the University of Illinois College of Medicine, is the lead author of both a research paper and a research review that suggest a potential role of intestinal inflammation and microbiome in the development and/or the progression of amyotrophic lateral sclerosis.

ALS is a neuromuscular disease that causes the progressive death of motor neurons leading to muscle weakness and atrophy. The Ice Bucket Challenges of 2014 drew attention to the deadly disease, helped raise funding for research, and sparked Sun’s interest in researching ALS and potential links to GI symptoms. Additionally, Sun said she heard about U.S. military veterans who suffered from GI issues while they were serving overseas and later diagnosed with ALS. Several research studies have shown veterans have an elevated risk of developing ALS. Sun said there are still few answers as to why to those who served in the military are at a higher risk of ALS.

ALS patients and their families had written to Sun, indicating they noticed GI symptoms before their ALS diagnosis. After reviewing published research dating back to 1967, for the review paper, “A gut feeling in amyotrophic lateral sclerosis: microbiome of mice and men,” published in the journal Frontiers in Cellular and Infection Microbiology, Sun and her team found collective evidence of GI symptoms in ALS patients. However, there was no research on GI symptoms pre-ALS diagnosis. Because there are no clear guidelines on the early diagnosis for ALS, symptoms often get confused with other health problems, Sun said.

For their research study, “Aberrant enteric neuromuscular system and dysbiosis in amyotrophic lateral sclerosis,” published in the journal Gut Microbes, researchers in Sun’s lab studied the impact and mechanism of enteric neuron system, a mesh-like system of neurons governing the functions of the GI tract, and the microbiome in ALS mice, which carried the mutated superoxide dismutase 1 (SOD1) gene, one of the human genes that trigger familiar ALS.

“The reason we look at the microbiome is because it is a window into an invisible part of our body that can do a lot of things, and not just locally — it may also do things beyond the local, which means it can affect the other organs,” Sun said.

Because there were challenges to study the GI symptoms and microbiome prediagnosis in patients, and limited opportunities to study the disease progression in patients with ALS, researchers used an ALS animal model.

The ALS mice were treated with butyrate or antibiotics to investigate the microbiome and neuromuscular functions.

“We treat them with a bacterial product sodium butyrate because some bacteria products that are beneficial and can suppress a lot of pathogens to simulate a protective role in the intestinal and microbial community,” Sun said.

Researchers examined intestinal mobility, microbiome, and ENS protein markers of the mice prior to the onset of ALS. They found the mice had significant alteration of the microbiome, decreased intestine mobility and physical stamina before the onset of ALS. For mice that were treated with butyrate, these decreases took significantly longer to appear, according to the study. The treated mice had enhanced enteric neuromuscular function and showed an altered bacterial community related to autoimmunity — changes that demonstrate a link between the microbiome and intestinal mobility. The enteric neurons also contribute to the development of ALS disease. Those changes happened before weakness in the muscles was diagnosed.

These findings provide insight into the fundamentals of intestinal neuromuscular function and microbiome in ALS, the study states.

“If you are able to use this method to manipulate the microbiome, you are able to slow down the progression of the disease. We are not saying we can completely cure the disease, but we can make the current animal models live longer, which means you can at least increase the lifespan and the lifestyle of patients,” Sun said. “One mouse year equals about 30 human years. The treated mice lived an average of 38 days longer, which if you promote that to human life, it will be years of longer lifespan compared to the current drugs available to treat ALS.”

Sun said their pioneering research in the microbiome and intestinal dysfunction is getting noticed in the ALS community. There are ongoing clinical trials to study the microbiome in ALS patients.