A new review of mantle transition zone seismic properties reveals the impacts of this zone on heat and chemical circulation within Earth’s mantle. 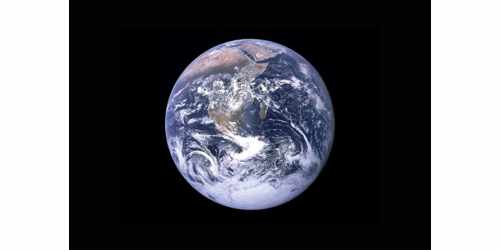 Deep beneath our feet, the Earth’s mantle contains a transition zone that experiences significant increases in seismic wave speed at certain depths. These shifts in seismic wave speed originate from changes to the solid state of the mantle, where density and viscosity increase, creating a barrier to convection. As mantle convection drives many geological processes across the planet, improving our knowledge of the mantle transition zone (MTZ; 300 - 850km depth, representing the top 1/3 of the mantle) is essential.

A new Nature Reviews Earth and Environment publication by the Department of Earth Science and Engineering’s Professor Saskia Goes at Imperial College London, forms part of a collaboration with the Southern University of Science and Technology (China), University College London, ETH Zurich and Massachusetts Institute of Technology. The team aimed to investigate the role of compositional variation within the MTZ.

Since the 1900s, it has been known that mantle properties change with depth, but there has been ongoing debate over whether the property changes are sufficient to prevent the exchange of material and heat between the upper third and lower two thirds of the mantle. Geochemists have tried to clarify the situation, studying source fingerprints in volcanic rocks. The variation within geochemical data can be explained if the upper and lower mantle contain different source material - recycled tectonic plates and primitive mantle remnants, respectively. Yet, geophysicists who image Earth’s interior have found evidence of flow between the two layers which should have mixed these primitive and recycled materials. Clearly the story is more complex.

Newer studies reveal that variations in MTZ properties are not confined to one or two depths but occur throughout the zone, from 300 – 850km. To understand these property changes within the MTZ and how they would affect flow throughout the mantle, the research team reviewed seismic data, alongside thermodynamic and convection models from previous studies.

Boundaries within the mantle are not simple linear structures that pass around the Earth at a consistent depth. The picture is more complicated: uneven topographies, particularly between the most prominent boundaries at 410 km and 660 km, reflect vertical and spatial changes to the MTZ composition and phase state.

In fact, high pressure experiments have shown that these boundaries indicate increases in the density of mantle material, alongside viscosity changes. Computer models show that the increase in density and viscosity across the MTZ slows down the convective transport of hotter material upwards and colder material deeper into the Earth but predict that mantle flow between the upper and lower mantle never completely stops.

Seismic wave speeds, determined using X-ray-like techniques from earthquake-generated waves that criss-cross the Earth, help to constrain the temperature and composition of the MTZ. By reviewing seismic datasets from across the globe, and comparing them with predictions from computer models, a picture emerges of the MTZ acting as a net that lets through some flow but can also trap recycled plate materials for long periods of time (hundreds of millions of years, in fact). In essence, the MTZ is a transitional region that falls somewhere between the original geochemical picture of a two-layered mantle and the geophysical story of a single, mixed layer.

Looking to the future of the MTZ

Professor Goes and colleagues are part of a wider effort to map the mantle’s compositional variation and determine the width and depth of mantle discontinuities. By furthering our understanding of these properties, we will be able to better map where the MTZ allows material to pass through it, and how much recycled plate material has accumulated in previous convection cycles.