Children with HIV at greater risk for impaired neurological development

New research finds that children infected with HIV are significantly more likely to do worse in neurological assessments despite having well-controlled HIV disease. 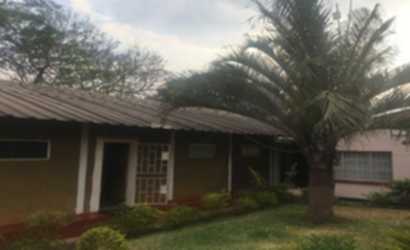 The UTH Neurology Research Office in Lusaka is a hub for several NIH-funded studies being carried out by URMC and Zambian researchers.

New research in Zambia finds that children infected with HIV are significantly more likely to do worse in neurological assessments despite having well-controlled HIV disease, suggesting that they may struggle with cognitive and mental health issues. However, the research also indicates that early intervention – in the form of better nutrition and antiretroviral therapies – may help close the gap.

“HIV remains a major global health burden and children who are exposed to the virus during childbirth are known to be at greater risk for neurocognitive and psychiatric problems, like depression, as they age,” said David Bearden, M.D., assistant professor of Neurology and Pediatrics at the University of Rochester Medical Center (URMC) and senior author of the study, which appears in the Journal of Acquired Immune Deficiency Syndromes.  “This research is an attempt to understand if these problems persist and become more pronounced over time, and whether we can predict who will do well cognitively and who will not.”

The study is the most recent example of a decades-long collaboration involving an international team of researchers. Since 1994, URMC neurologist Gretchen Birbeck, M.D., has partnered with the government of Zambia and clinicians and researchers with the University Teaching Hospital (UTH) in Lusaka, Zambia to study neurological problems associated with infectious diseases like HIV and malaria, which remain major public health problems in sub-Saharan Africa.

The Neurology Research Office established by Birbeck on the main hospital campus now serves as a hub for several National Institutes of Health-funded research and training programs that have helped grow the number of UTH neurologists and clinical research staff and increase opportunities to collaborate with URMC neurologists, medical students, and trainees. The new findings come from the HIV-Associated Neurocognitive Disorders in Zambia (HANDZ) study, an ongoing longitudinal study that is following a cohort of 600 HIV positive and negative Zambian children ages 8 to 18 for 5 years.

With approximately 70 percent of global cases, sub-Saharan Africa is disproportionately impacted by HIV. While combination antiretroviral therapy (cART) is widely accessible, many infected children still go on to experience associated neurocognitive and psychiatric deficits, such as delayed academic development and depression.

Participants in the HANDZ study were asked to complete a series of neurocognitive assessments, using an instrument called the NIH Toolbox Cognition Battery, which measures several cognitive processes, including processing speed, reaction time, memory, and executive function. They found that HIV positive children on cART did significantly worse on the cognitive measures at baseline and did not improve over the two-year study period, compared to their HIV negative peers.

The data suggests interventions that could improve neurological function. Children who were malnourished or who suffered more severe cases of HIV infection did worse on the assessments.

“These findings suggest that one of the most important thing that we can do is find kids with HIV early and get them on antiretroviral therapy, because if kids don't get really sick from HIV, then they do much better cognitively,” said Bearden. “The other key factor here is the nutritional piece and we’re doing more research to try to figure out exactly what kind of support could help improve cognition or prevent cognitive impairment in this population.”