Brain scans can tell if you are paying attention

Data from brain scans can now answer an age-old question asked by parents and teachers everywhere:  Are you paying attention? 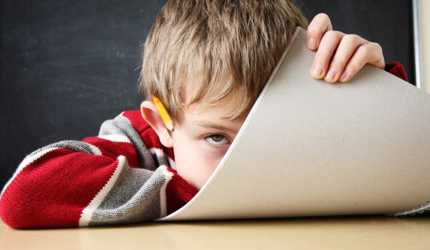 Data from brain scans can now answer an age-old question asked by parents and teachers everywhere:  Are you paying attention?

Using a model of fMRI data collected from 92 individuals performing several types of attention-related tasks, the lab of Yale’s Marvin Chun successfully predicted how well those individuals would perform on the tasks based on their brain scans alone.

This generalized model can also predict severity of an individual case of attention deficit and hyperactivity disorder.

The study was published March 3 in the journal Nature Human Behavior.

“Attention is such a fundamentally important ability for school, sports, work, and even happiness, but it is hard to put a number on it like blood pressure or IQ,” said Chun, the Richard M. Colgate Professor of Psychology, professor of neuroscience, and co-corresponding author of the paper. “Now we can put people in a scanner and get a score that represents how well an individual will do on attention tasks relative to other people.”

Attention has many dimensions, including the ability to sustain attention or retain focus when distracted, and the capacity to store upcoming tasks in working memory. For the new study, Chun and a research team led by Yale’s Kwangsun Ray Yoo distilled data taken from brain scans of individuals as they performed a series of attention-related tasks, such as sustained focus exercises, and then linked that information to patterns of activity across different brain regions. They then created a computational model that it is so sensitive it can predict how well an individual will perform on an attention-related task even when the brain is resting.

“The brain is all interconnected, and is always running like a beating heart,” Chun said. “What we can do is take all those complex patterns and analyze the data to create a fingerprint of the brain’s ability to pay attention.”

The measurement can help diagnose ADHD and be used as neurofeedback to help improve an individual’s own focus.