Researchers created an imaging method that allows them to get an accurate measurement of dopamine transporter, a protein important in movement, in three regions in the brain associated with Parkinson’s disease. 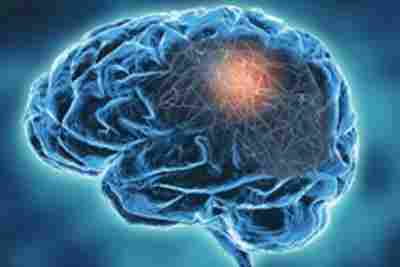 A Washington University in St. Louis team has collaborated to create an imaging method that allows them to get an accurate measurement of dopamine transporter, a protein important in movement, in three regions in the brain associated with Parkinson’s disease. (iStock photo)

More than 10 million people worldwide live with Parkinson’s disease, a progressive neurodegenerative disorder that affects movement, balance and thinking. Severity of the disease is measured through external symptoms, as there are no effective biomarkers that indicate the phase of the illness.

A team of engineers, physicians and researchers at Washington University in St. Louis, led by Abhinav K. Jha in the McKelvey School of Engineering, has collaborated to create an imaging method that allows them to get an accurate measurement of dopamine transporter, a protein important in movement, in three regions in the brain associated with Parkinson’s disease. Results of their research appeared in Medical Physics, published in August 2022.

Jha, assistant professor of biomedical engineering and of radiology at the School of Medicine’s Mallinckrodt Institute of Radiology (MIR), and Ziping Liu, a doctoral student in Jha’s lab, in collaboration with Joel Perlmutter, MD, the Elliot Stein Family Professor of Neurology and professor of radiology, of neuroscience, of physical therapy and of occupational therapy; Scott Norris, MD, associate professor of neurology and of radiology; and Richard Laforest, professor of radiology, all in the School of Medicine; developed a way to calculate the uptake of dopamine transporter using single photon emission computed tomography (SPECT) in the caudate, putamen and globus pallidus regions in the brain in simulation studies.

Measuring dopamine transporter uptake within the caudate, putamen and globus pallidus from SPECT imaging requires that these regions are delineated accurately. However, delineating these regions on these images is challenging because of limited SPECT system resolution, which results in blurred boundaries of the regions, as well as finite voxel — similar to pixels in a digital image — size, which leads to voxels containing a mixture of regions. These limitations become even more prominent due to the small size of these regions. In particular, the globus pallidus is nearly impossible to delineate on a SPECT image by the naked eye, and there are no validated tools available for this purpose. Jha and the team developed a method to address these challenges. This will now provide the tools to determine if measurement in the globus pallidus will help serve as a measure of disease severity.

Last year, Jha and Liu published a paper where they used estimation theory and deep learning to differentiate a tumor from normal tissue in PET images. The method outperformed existing methods and more accurately differentiated tumors from normal tissue even when the tumor was small. Liu advanced on the methodology developed in that work to address the challenge of delineating the dopamine transporter SPECT images.

A key advance was to recognize that while these regions are difficult to see on SPECT images, they are easier to delineate on MR images. They developed an approach that could transfer this knowledge learned from MR images to delineate SPECT images.

“This opens up a new and important research frontier on evaluating the functional characteristics of the globus pallidus in patients with Parkinson’s disease,” Jha said. “All of these studies may lead to new biomarkers for measuring the severity of Parkinson’s disease and possibly for differential diagnosis of the disease.”

“This project leads the way to developing new measures of Parkinson disease severity,” Perlmutter said. “Such measures are critically important to development of new treatments to slow disease progression.”