The study opens the door to new research into the effects of insoluble materials on biofilm physiology. 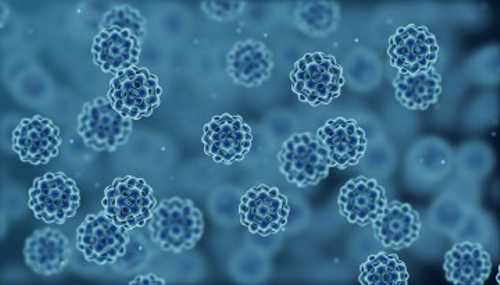 Trevor Franklin, a doctoral student in Cornell’s Robert Frederick Smith School of Chemical and Biomolecular Engineering, was preparing a study about anti-fouling surfaces when he noticed something strange.

“I was practicing bacteria-culturing techniques on several material surfaces, including polyvinylpyridine,” Franklin said, “and I noticed that the Pseudomonas aeruginosa that grew on polyvinylpyridine was a different color than it was on any other surface.”

Bacterial biofilms – collectives of bacteria cells enclosed in a matrix of biomolecules – tend to grow on any wet surface. As such, humans spend a lot of time and energy trying to remove or kill these films from teeth, the hulls of ships, and medical implants, among many other surfaces. The study, published in the Dec. 13 print edition of the journal Biomacromolecules, opens the door to new research into the effects of insoluble materials on biofilm physiology.

Franklin and Rong Yang, assistant professor of chemical and biomolecular engineering and co-author of the study, designed experiments that showed polyvinylpyridine increased the amount of surface iron accessible to the P. aeruginosa bacteria and, in this way, reduced the bacteria’s ability to cause disease. The compounds P. aeruginosa produces to scavenge iron are also responsible for its usual color. When the surface material polyvinylpyridine makes iron readily available, these compounds are not needed and therefore the usual color is absent.

The biofilm composed of P. aeruginosa grown on polyvinylpyridine was twice as big as that which grew on an uncoated comparison plate, but 68% less virulent toward a specific type of human skin cell. As a biofilm of P. aeruginosa grows, it “scavenges” iron from its vicinity and in this process can cause toxicity to other species in the area. Since the coating of polyvinylpyridine provided a ready source of iron, the biofilm could grow with minimal iron scavenging and cause less harm.

Sijin Li, assistant professor of chemical and biomolecular engineering, applied her expertise in cellular metabolism to shed light on the observed results. More than 4,000 intermediate and end products of metabolism (metabolites) exist in P. aeruginosa. Dynamic changes in the metabolites present reflect a bacterium’s behavior changes in response to environmental changes, including changes triggered by surface materials.

It can be difficult to profile such a large number of metabolites quickly and accurately. Li employed a unique technique – untargeted metabolomics – to allow the researchers to get a snapshot of all the metabolites produced by P. aeruginosa and to identify the compounds and possible mechanisms underlying the behavioral changes caused by the surface material.

“Microbes are the most populous, diverse and ubiquitous form of life on Earth, so it is essential that we understand how the synthetic materials we make can change microbial behavior,” Yang said. The ability to control the growth and behavior of biofilms simply by manipulating surface compositions would give engineers an important tool to complement existing genetically modified organisms, which come with concerns associated with their deployment outside of the lab.

Yang’s future research will explore the potential to take advantage of material-biofilm interactions to harness biofilms for use in bioremediation, biotechnological production of consumer goods, and even self-powering and self-renewal of living materials.