Scientists measured the mineralogy, bulk chemical and isotopic compositions of the Ryugu samples 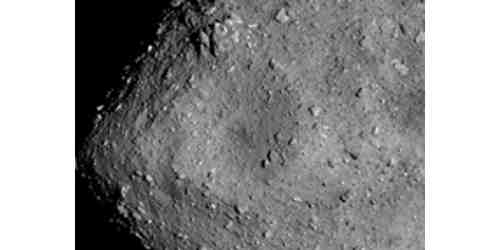 Hayabusa2 is an asteroid sample-return mission operated by the Japan Aerospace Exploration Agency (JAXA), which investigated the asteroid Ryugu. Carbonaceous asteroids like Ryugu are important because they are thought to preserve the most pristine, untainted materials in the solar system: a mixture of minerals, ice and organic compounds. The Haybusa2 mission is the first to collect samples from a carbonaceous asteroid and return them to Earth for analysis. An international team of scientists led by Hisayoshi Yurimoto of Hokkaido University and including Sachiko Amari, research professor of physics in Arts & Sciences at Washington University in St. Louis, measured the mineralogy, bulk chemical and isotopic compositions of the Ryugu samples. The results were reported June 9 in the journal Science.

The researchers described similarities between the samples returned from Ryugu and the type of meteorite known as CI chondrites, considered to be the most primitive carbonaceous meteorites recovered on Earth. Their analysis indicates that CI chondrites have been altered on Earth and that the new Ryugu samples are more pristine than any CI chondrites because the former are devoid of terrestrial contamination or alteration. This finding implies that the Ryugu samples may yet contain information that was not previously available to better understand the early solar system.

At Washington University, Amari is a faculty fellow of the McDonnell Center for the Space Sciences and a member of the Laboratory for Space Sciences research group in the Department of Physics. She is also a visiting scientist at the Geochemical Research Center at The University of Tokyo. Amari is a fellow of The Meteoritical Society since 2000 and the Japan Geoscience Union since 2022.