Alcohol use can alter gut microbes, but not in the way you might think 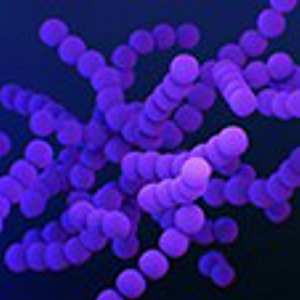 Chronic alcohol use is a major cause of liver damage and death: Approximately 30,000 persons in the United States die annually from alcoholic liver diseases, such as cirrhosis. Among the negative impacts of excessive alcohol use is its ability to adversely affect the gut microbiome, though how that happens has been a mystery, since the majority of consumed alcohol is absorbed in the mouth and stomach and does not reach the intestines.

In a new study, published August 8, 2022 in Nature Communications, researchers at University of California San Diego, with colleagues elsewhere, propose an answer: Reprogramming of gut microbiota is caused by acetate produced by the liver diffusing back into the intestines where it becomes a carbon source to support bacterial growth.

“You can think of this a bit like dumping fertilizer on a garden,” said co-corresponding author Karsten Zengler, PhD, professor in the departments of Pediatrics and Bioengineering at UC San Diego School of Medicine and Jacobs School of Engineering, respectively. “The result is an explosion of imbalanced biological growth, benefitting some species but not others.”

Bernd Schnabl, MD, professor of medicine and gastroenterology at UC San Diego School of Medicine, is the other co-corresponding author.

Acetate is a nutrient used in cellular metabolism and has roles in appetite regulation, energy expenditure and immune response. In moderate levels, it promotes overall health, from improved cardiac function to enhanced red blood cell production and memory function. In excessive levels, it is associated with metabolic changes linked to disease, including cancer.

In the latest study, Zengler and colleagues fed mice a molecule that could be broken down into three acetates in the rodents’ gut. The researchers noted the animals’ intestinal microbiota were altered by the additional acetate in a way similar to what they observed when feeding alcohol to the mice, but without damaging effects to their livers.

“Chronic alcohol consumption is associated with lower intestinal expression of antimicrobial molecules. Persons will alcohol-related liver disease commonly have bacterial overgrowth in their guts,” said Zengler. “These findings suggest that microbial ethanol metabolism does not contribute significantly to gut microbiome dysbiosis (imbalance) and that the microbiome altered by acetate does not play a major role in liver damage.”

“The situation is more complicated than previously assumed. It’s not as simple as more ethanol equals microbiome changes and thus, microbiome dysbiosis equals more liver disease. While this finding does not translate to imminent new treatments for alcoholic liver disease, it will help to delineate the effect of acetate on the microbiota and help refining future study designs.”

The authors said the findings are important because they move the investigation past whether “changes in the gut microbiome are related to ethanol consumption per se are critical … and towards identifying bacteria that are causal for deleterious effects of alcohol consumption, rather than side-effects either of consumption or disease.”