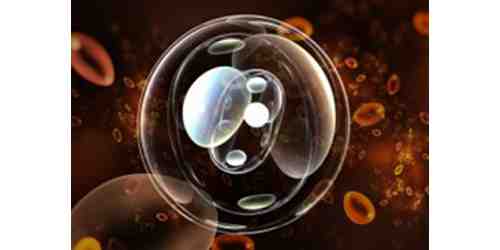 Researchers in UC Santa Barbara neuroscientist Kenneth S. Kosik’s lab have discovered a novel organelle — a previously unknown cell structure whose function it is to help clean up faulty proteins in times of stress and keep cells functioning in top condition. Optimizing this membraneless organelle, which they call a BAG2 condensate, could lead to treatments for conditions that are the result of misfolded proteins, including Alzheimer’s disease, Parkinson’s disease and other neurodegenerative conditions. Their results are reported in a led by project scientist Daniel C. Carrettiero and published in the journal Nature Communications.

“People have known for quite a while that are a few objects floating around in cells that don’t have membranes,” Kosik said. “And it’s never been clear how they’re held together, what they are and what they’re doing until relatively recently.”

Indeed, thanks to advanced imaging techniques, scientists have uncovered structures that were once invisible, revealing cells for the truly complex and sophisticated systems that they are.

Of particular interest are biomolecular condensates, which don’t have the recognizable cell membrane enclosure, but instead, are separated from the surrounding cytoplasm by a difference in density that can be loosely compared to a drop of oil in water. This liquid-liquid phase separation creates a specialized, relatively concentrated environment for certain functions and reactions. For example, a stress granule is a membraneless organelle that appears when the cell is under stress — maybe there’s too much glucose, maybe it’s too hot or cold, maybe the cell is experiencing dehydration — and its job is to sweep up RNA floating around in the cytoplasm, storing those genetic instructions and pausing their translation into proteins.

“If your cell is under stress, you want to shut down making proteins so you can really conserve your energy and get past the stress,” Kosik explained.

But that’s only part of the picture, according to the researchers.

“When there’s stress, what happens to the proteins that are already in the cell?” Kosik said. “If they’re under those stress conditions, some of those proteins could get damaged and they could misfold.” Misfolds of the tau protein, for example, can become pathological and turn into the neurofibrillary tangles that characterize Alzheimer’s disease.

This is where the researchers’ newly discovered BAG2 condensate comes in. Named for the BAG2 protein that it contains, the organelle, they found, is capable of sweeping up these faulty proteins in the cytoplasm and stuffing them into a proteasome — the cell’s version of a trash can — located in the organelle.

“A few proteins form a little barrel, and as the protein is threaded through that little cylinder, it gets degraded,” Kosik said. This inactivates and breaks down the protein. Many proteasomes are present in cells at any given time, he added, but what makes this particular proteasome (labeled 20S) special is that it can accept proteins that are already somewhat misfolded and would not fit in the other cellular trash cans.

“The limiting cap present on many proteasomes is not there in the BAG2 condensates,” Kosik explained. Additionally, this method of protein degradation does not rely on the ubiquitination process, in which proteins meant for destruction are marked with a tiny ubiquitin protein tag before being grabbed by the proteasome.

The role of the BAG2 protein in this context is not yet fully defined, but Kosik suspects that it may have a role in helping organize the messy protein before it goes into the 20S proteasome.

“BAG2 is considered a co-chaperone in that it works with molecular chaperones to help proteins fold,” he said. In a previous study, the Kosik Lab demonstrated BAG2’s ability to target and clear tangled tau proteins in cell cultures.

“What these BAG2 condensates seem to do, at least in the case of tau, is they can actually travel to the damaged tau and gobble it up,” Kosik said.

These promising results could point to a way to interrupt the development of Alzheimer’s disease, which is marked by an accumulation of misfolded tau.

“The BAG2 condensate really is an ideal place for damaged tau,” Kosik said. “It would be really nice to figure out how we can shuttle tau into this condensate at the early stages of its damage for the cell to get rid of it, before it gets worse.”