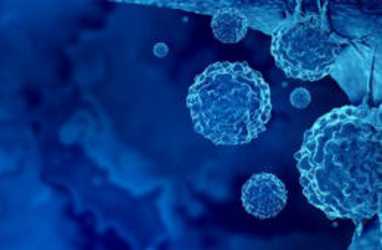 Cancer researchers at Case Western Reserve University School of Medicine say they have successfully suppressed the growth of some solid tumors in research models by manipulating immune cells known as macrophages.

The researchers say this discovery is significant because many solid tumor cancers, such as lung cancer, are difficult to treat. According to the National Cancer Institute, breast, lung, prostate and colorectal cancers—all of which are solid tumor cancers­­­­—account for almost half of all new cancer cases in the United States.

In this new research, the scientists discovered that altering the macrophage metabolism—and, in doing so, influencing their relationship with T cells—suppressed the tumor’s growth. The result was a significant reduction in overall tumor size in some mouse models.

“The race to find a cure for cancer never stops,” said Stanley Huang, an assistant professor of immunology in the Department of Pathology at the School of Medicine, who led the research. “Our research creates a pathway to a [potential] new form of cancer treatment for those with solid tumor cancers.”

The study appeared recently in the journal Nature Immunology.

Macrophages are specialized white blood cells that consume invading cells to destroy pathogens. They are considered the “frontline soldiers” of the body’s immune system and can activate T cells, which are another type of white blood cell.

Yet, despite their typically protective role, macrophages can be co-opted by tumor cells to encourage tumor growth.

As tumors grow and macrophages interact with the tumor cells, they create a response protein, which the study linked to tumor growth.

The study’s findings suggest that the PERK protein is involved in several key pathways of metabolism in macrophages—and when the gene is removed, macrophages can no longer promote tumor growth; meaning tumors become smaller.

Next, the researchers hope to identify a clinical drug that will act as an inhibitor for the PERK protein.

“There are several strategies to enhance anti-tumor immunity like targeting or editing cell metabolism,” Huang said. “We can target genes and their pathways to enhance immune function and work toward future therapeutic treatment options.”