A heat switch with no moving parts

A promising future device that could turn heat on and off with the application of a magnetic “switch.” 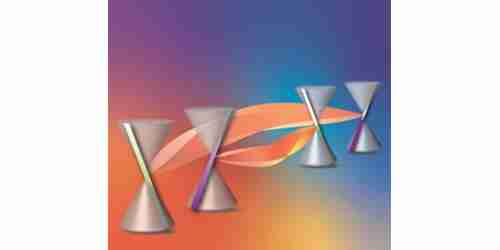 Researchers have discovered a new electronic property at the frontier between the thermal and quantum sciences in a specially engineered metal alloy – and in the process identified a promising material for future devices that could turn heat on and off with the application of a magnetic “switch.” In this material, electrons, which have a mass in vacuum and in most other materials, move like massless photons or light – an unexpected behaviour, but a phenomenon theoretically predicted to exist here. The alloy was engineered with the elements bismuth and antimony at precise ranges based on foundational theory. Under the influence of an external magnetic field these oddly behaving electrons manipulate heat in ways not seen under normal conditions. On both the hot and cold sides of the material, some of the electrons generate heat, or energy, while others absorb energy, effectively turning the material into an energy pump. The result: a 300% increase in its thermal conductivity. “The generation and absorption form the anomaly,” said study senior author Joseph Heremans, “The heat disappears and reappears elsewhere – it is like teleportation. It only happens under very specific circumstances predicted by quantum theory.” This property, and the simplicity of controlling it with a magnet, makes the material a desirable candidate as a heat switch with no moving parts. The research is published in the journal Nature Materials.

The bismuth-antimony alloy is among a class of quantum materials called Weyl semimetals – whose electrons don’t behave as expected. They are characterized by properties that include negatively and positively charged particles, electrons and holes, respectively that behave as “massless” particles. Also part of a group called topological materials, their electrons react as if the material contains internal magnetic fields that enable the establishment of new pathways along which those particles move. In physics, an anomaly – the electrons’ generation and absorption of heat discovered in this study – refers to certain symmetries that are present in the classical world but are broken in the quantum world, said study co-author Nandini Trivedi, professor of physics at Ohio State. The theoretical physicists and engineers collaborating on this study predicted that these properties existed in specific bismuth alloys and other topological materials. These results show that theories developed for high-energy physics and subatomic particle theories can often be realized in specially designed electronic materials.