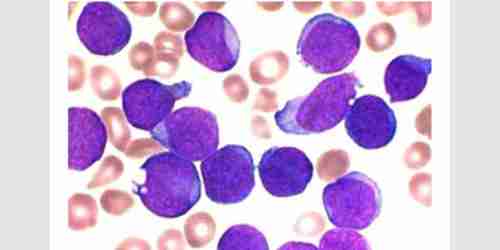 The breakthrough study in mice, uncovers for the first time the specific biological features that explain why a small number of leukaemic cells are able survive the crucial first 28 days of chemotherapy for B-cell precursor acute lymphoblastic leukaemia (BCP-ALL). Response to this first phase of treatment is crucial in determining the overall outcome for patients.

Around 20% of patients with BCP-ALL die from the disease, and many of those who survive suffer long-term complications because the treatment is so prolonged and intense. More effective and less toxic therapies are urgently required and this pioneering study, published in the journal Nature Cancer, sheds new light on how such treatments could be designed.

Like all cancers, BCP-ALL develops when normal cells acquire multiple genetic mutations. Some years ago, the UCL scientists were among researchers who discovered that patients with BCP-ALL harbour multiple populations of cells, each characterised by having their own unique complement of mutations, and this observation has been shown to hold true in many types of cancer. Until now the widely held view has been that the precise combination of mutations in a cancer cell determines whether or not it will remain after treatment, and potentially cause the disease to return. But there has never been unambiguous proof for this idea, and efforts to identify mutations that specifically cause relapse in BCP-ALL had failed.

The UCL team wanted to explore the mechanisms of treatment resistance in BCP-ALL by analysing those cells that remain immediately after patients had completed their initial course of treatment, well before they had the chance to acquire further genetic mutations. However, such cells are rare and difficult to directly isolate. To overcome this problem, they developed an innovative mouse model, where cells from patients with BCP-ALL were transplanted into mice which then received chemotherapy; after a few tweaks this system allowed them to generate enough treatment-resistant cells for a detailed study.

To their surprise, and contrary to prevailing wisdom, the researchers found that there was no genetic selection of resistant cancer cells by chemotherapy. Resistant cells did not share any particular combinations of mutations as one would expect – in fact they displayed a range of mutations similar to that in untreated leukaemia. However, they found that resistant cells did share a unique constellation of other properties – which the team call a resistant cell state. The features of this state include a pattern of gene expression reminiscent of bone marrow stem cells, with other features indicating that resistant cells are in a dormant “sleep mode”.

In a further unexpected twist, they then found that similar ‘sleepy’ cells were present at very low numbers in untreated disease. This is the first time that dormant cells had ever been observed in untreated leukaemia.

Explaining the study, lead author Dr Virginia Turati (UCL Cancer Institute) said: “We wanted to understand why BCP-ALL relapses in some patients but not others. When we discovered that the disease is comprised of multiple cell types carrying different combinations of genetic mutations, we assumed some combinations of mutations would be worse than others and enable certain cells to persist through treatment, and that would be the basis and explanation of relapse.

“However, when we tested this concept by looking specifically at those cells remaining immediately after treatment, it began to unravel: we came to the gradual realisation that it was actually the phenotype of the cells (ie what they look like and how they behave) rather than their genotype (ie their spectrum of genetic mutations) that predicted whether they persisted after treatment. Of course, genetic mutations are still important – BCP-ALL cells couldn’t adopt a resistant state without them – but they aren’t the whole story.”

As well as developing a new mouse model, the UCL team made use of the advanced microscopy, cell sorting and genetic sequencing facilities available in the UCL Cancer Institute that were made possible by CRUK core funding.

Professor Tariq Enver (UCL Cancer Institute), who is both senior author of the study and was instrumental in winning the CRUK funding, said: “This work is an excellent example of how scientific curiosity and rational inquiry can challenge accepted dogma, and it may ultimately set the scene for the development of a new class of treatments for children with BCP-ALL.

“The observation that cells predicted to be resistant to treatment are present in untreated BCP-ALL is intriguing. We aim to identify biomarkers for these cells and find new ways to manipulate them into becoming sensitive to treatment.”

Researchers caveat the study by noting that genetic alterations will likely play a more important role in other types of cancers and/or treatment settings (e.g. targeted therapies).

In addition, the UCL study team is still working on understanding whether longer treatment protocols, and the unrestricted growth period that occurs in leukaemic cells post-treatment in some patients, might induce stronger selection at the genotype level, potentially explaining the different mutation patterns observed at relapse.

As part of this study, the UCL team collaborated with researchers at the Institute of Cancer Research (ICR), London. ICR scientists contributed by showing that, within each patient, the dormant cells could carry any combination of genetic mutations.

ICR Professor Sir Mel Greaves, who led this element of the study, said: “They are probably flipping in and out of dormancy all the time. The ‘fortunate’ minority cells that happen to be dormant at the time of chemotherapy are the ones that survive.”

The next stage is to consider how this finding might influence treatment for BCP-ALL.

Professor Greaves suggested that clinics could use sensitive tests for dormant leukemic cells in blood at the end point of maintenance therapy. If there are still dormant cancer cells present, then the doctors know that the maintenance therapy needs to continue.

Another suggestion looks at the opposite and perhaps counterintuitive approach. Instead of waiting, administer a hormone to activate all of the dormant cancer cells.

“In trying to activate the dormant cells and force them back into the cell cycle, the plan would be to then administer more chemo and whack them all in one go,” said Professor Greaves.

This method is potentially more risky as the activation needs to be limited to cancerous cells and not healthy cells.

Dr Turati also noted: “Adult leukaemia treatment also relies on chemotherapy to target cancer cells that cycle through active and dormant states. Although adult leukaemia has differences to childhood leukaemia, it would be worth investigating this same type of treatment.”

Fatima Sulaiman, Head of Research at Blood Cancer UK said: “Precursor B-cell acute lymphoblastic leukaemia, commonly referred to as ALL, is one of the most common cancers that affect children. Although treatments for ALL have improved over the years, a percentage of children will experience a relapse after treatment. This can have devastating consequences, and frustratingly we still don't fully understand why this happens.

"This critical research, funded by Blood Cancer UK, offers us insight into what might be happening on a fundamentally cellular level – giving us hope for future generations affected by ALL.”