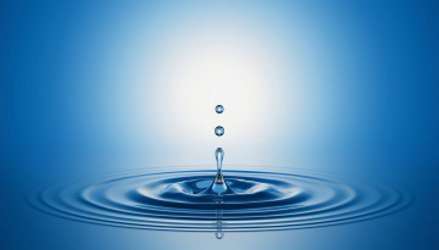 While brooms and sponges are the means of choice to fight contamination in everyday life, cleaning sensitive surfaces such as electronic components requires different tools, including evaporation-based methods that often leave behind small particles on the surface.

Through their work on the dynamics of liquid mixtures, scientists at Cornell’s Meinig School of Biomedical Engineering and the Max Planck Institute for Dynamics and Self-Organization have developed a new approach to the problem. The method uses liquid droplets that first spread out on surfaces and then contract again on their own – a boomerang effect that leaves virtually no traces when the droplets contract, unlike conventional drying, opening up new possibilities for cleaning and removing particles from sensitive surfaces such as microchips.

The researchers created this boomerang-like motion using mixtures of water, alcohol and propylene glycol, said Nate Cira, assistant professor of biomedical engineering, who conducted some of the research at the Rowland Institute at Harvard University before coming to Cornell.

"Depending on the composition, a droplet of the three components either spreads out or contracts when you put it on a glass surface,” Cira said. “However, at certain mixing ratios, we observe spreading first, followed by contraction a few seconds later.”

Experiments conducted in the Cira Lab by master’s student Dieter Baumgartner and simulations run by Stefan Karpitschka, a scientist at Max-Planck-Gesellschaft in Germany, confirm the role that the Marangoni effect plays in the underlying physics as described in a study published May 4 in the Proceedings of the National Academy of Sciences.

Based on the discovery, a new method for cleaning sensitive surfaces and materials could be established, according to the researchers. Impurities and particles deposited during manufacturing could be cleanly removed using less solvent than traditional approaches.